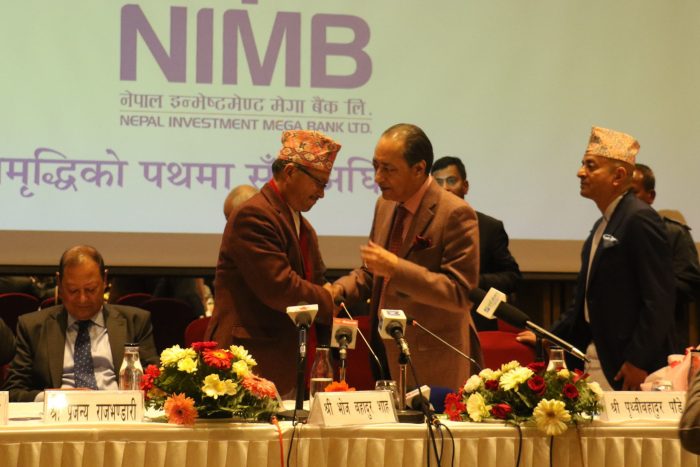 Kathmandu, January 11. Nepal Investment Bank and Mega Bank have completed the merger process and have begun operating as a new bank from Wednesday.

The newly founded Nepal Investment Mega Bank (NIMB) Limited has a total capital of Rs. 580 billion and a paid-up capital of Rs. 34.12 billion. The bank has 296 branches, 59 extension counters, and 279 ATM booths, which together amount 471 billion rupees in assets.

Earlier in November, the two banks had signed a final draft of a Memorandum of Understanding (MoU), exchanged the documents, and decided to go through a merger procedure.

Nepal Rastra Bank (NRB) had given the deadline date of January 6, 2023, for the two banks to complete the merger procedure. “Following the completion of the merger procedure, we will begin merged transactions,” the Investment Bank made an announcement during its annual general meeting on December 22.

An announcement was made that Prithvi Bahadur Pande and Jyoti Pandey will serve as the chair and CEO of the new NIMB bank.