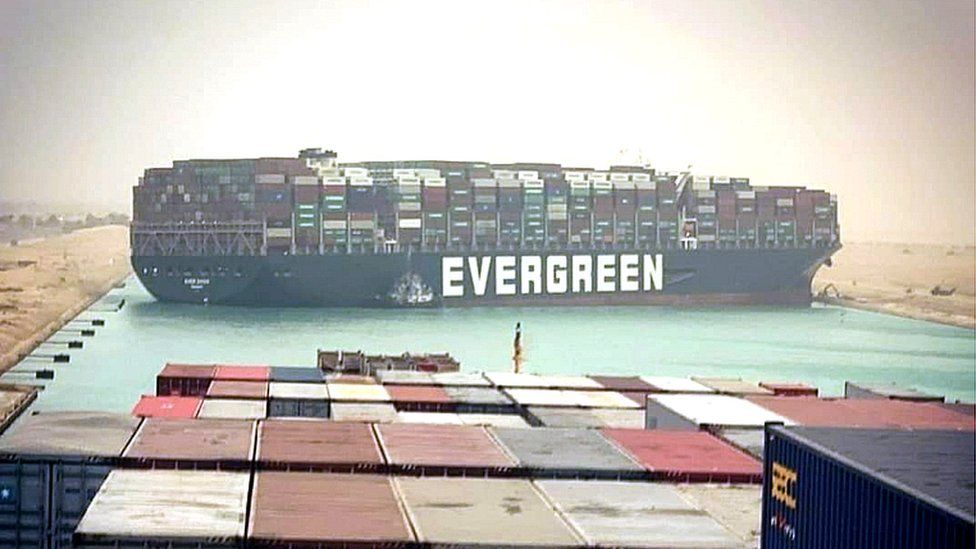 Kathmandu, March 25.  A giant ship that had been blocking the Suez canal has come to a partial refloat. It caused a jam of other vessels at the crucial trade entry point.

The 220,000-ton, 400-metre-long Ever Given was operated by the Taiwan-based firm Evergreen. The Suez Canal Authority (SCA) said that the ship had lost the ability to steer amid high winds and a dust storm.

The dust storm that took place on Tuesday did not cause any human fatalities to those on board on the ship.

Egyptian pilots are supposed to help drive the vessels through the stretch of the canal.

Another official has said that although delays increase the risk of congestion at ports, it will arrive as the cargo behind it which will still make it on time.

The Suez canal is one of the most important waterways in the world. It is an important canal that links the Mediterranean with the Red Sea and shipping lanes to Asia.