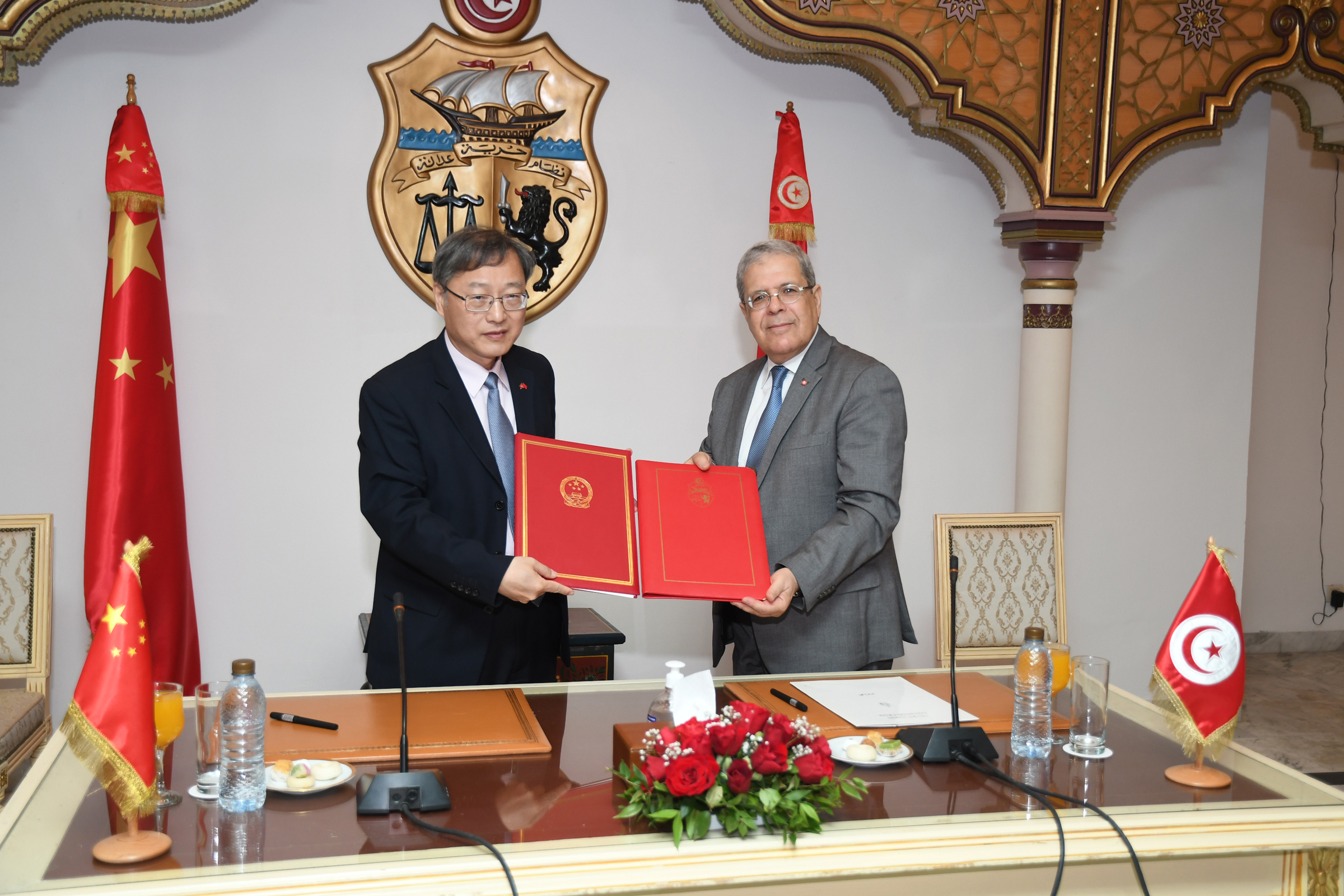 (210406) -- TUNIS, April 6, 2021 (Xinhua) -- Chinese Ambassador to Tunisia Zhang Jianguo (L) and Tunisian Minister of Foreign Affairs Othman Jerandi pose for a photo during the signing ceremony of an economic and technical cooperation agreement between Tunisia and China in Tunis, Tunisia, on April 6, 2021. Tunisia and China signed the economic and technical cooperation agreement here on Tuesday. (Photo by Adel Ezzine/Xinhua)

Kathmandu, April 7. Tunisia and China signed an economic and technical cooperation agreement in Tunis, capital of Tunisia on Tuesday.

The cooperation agreement was signed by Chinese Ambassador to Tunisia Zhang Jianguo and Tunisian Minister of Foreign Affairs Othman Jerandi.

“By signing this agreement, I hope we (China and Tunisia) can very quickly target and discuss one or more projects that we will implement together for the benefit of the Tunisian people” Zhang concluded.

Jerandi said the new agreement with China “will allow Tunisia to benefit from a Chinese financial donation that will serve development in the country.”

Speaking of the current COVID-19 pandemic, Jerandi said Tunisia “is very grateful for the aid from China, which included large quantities of COVID-19 vaccines and preventive health equipment.”

Besides the Ben Arous sports center and the Tunisian diplomatic academy, other China-aided projects in Tunisia include the sports and cultural centers of Menzah 6 in the north of Tunis, the new university hospital in the southeastern province of Sfax, and the construction of the Medjerda River canal in the northwest of the North African country.