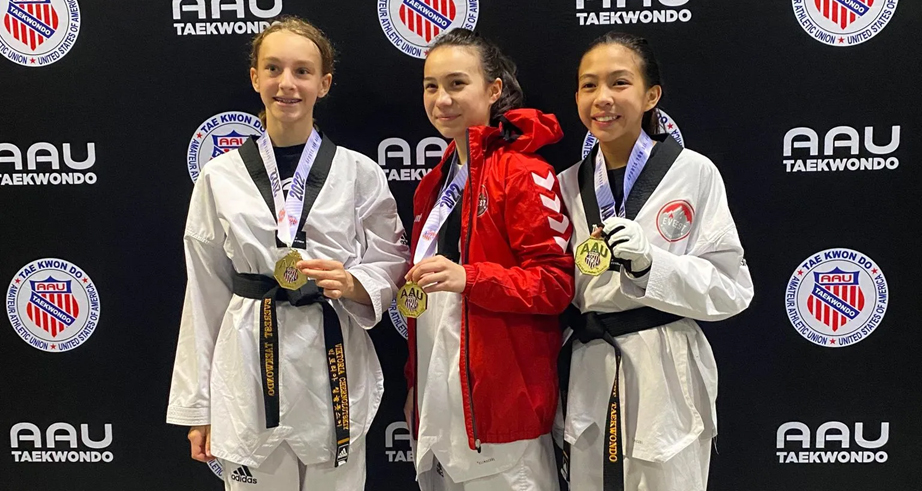 North Carolina, USA. Three players from the Everest Taekwondo School run by Nepalese coach LoveGorkhali have been able to join the US national team.

The athletes of Everest School achieved this success by winning gold in the AAU (Amateur Athletic Union) Junior Olympic Games held in North Carolina on Wednesday.

Coach Gorkhali has been running the Jyoti Everest Taekwondo School in Michigan, USA for over a decade and a half. His two sons Anmol and Amul Gorkhali are also coaches in the same school.

The AAU is America’s oldest and largest competition for youth and students. It is called the Junior Olympics. It is possible to participate in the Junior Olympics by passing the state and national level selection stage. Three of the five participants from Everest Taekwondo won gold medals and became members of the national team. 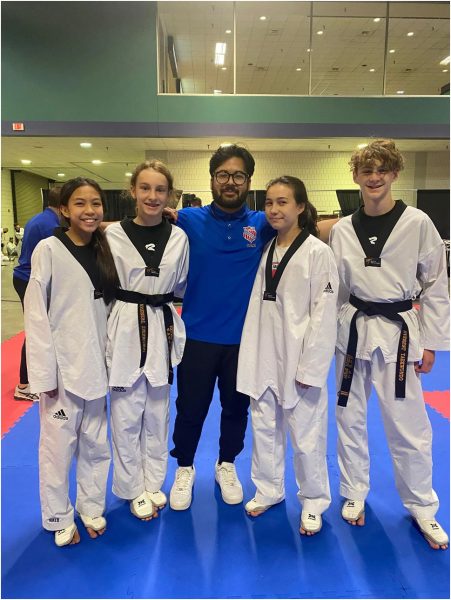 There are more than a dozen Taekwondo schools run by Nepalese instructors in America. But only Everest School participated in the AAU, which is the main gate for the American youth national team, and has a Nepali coach.

Olivia Humenchik, HeloCanejo and Victoria Chernolutsky, who traveled from Michigan to North Carolina, won gold medals. KeronBaksa and Nepali youth BiplavKharel failed to be selected for the national team as they were deprived of gold.

“I am incredibly proud of these players! Words cannot describe how proud we are, congratulations on getting five players three into the national team and two into the B team.” Coach Anmol Gorkhali wrote after the match.

In the tournament, HeloCanejo defeated Ghiggeri Renata 16-7 on points in the preliminary round. In the next match, Halo beat Hernandez, Annabey 21-8.

In the gold medal match, Halo saw off the challenge of veteran Venkataraman Shruti. In the best-of-three match, Halo won the first round 16-9. But he did not lose the second round. At the appointed time of the second round, after both the players had 12 points each, Shruti was the winner based on the judge’s decision. 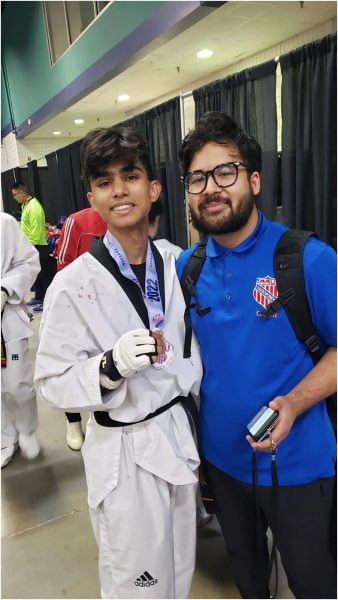 But in the final round, Halo did not return to the game. She failed to become a member of the national team with the result being 18-15 in her favor.

Shruti is currently a member of the US National Team. Similarly, Shruti, who is top ranked in America, is also the gold winner of the Puerto Rico Open.

Lizamiz won the gold medal by defeating Mikaela 7-3 and 6-2 in the final on the basis of Westoff Three.

BiplavKharel, a Nepali youth who participated in the competition from Everest, returned with the goal of being in the national team incomplete. He went on to lose both matches to Alessandro Gonzales. Biplav, who lost 20-15 in the first game, lost 17-14 in the second game as well.

One of the four selected for the Junior Olympics in Biplav’s group was outside the US due to family reasons, while another player could not compete due to injury. Because of that, even if Biplav lost one player, it was a golden opportunity to be in the national team with gold. Gonzales is the same player that the Revolution beat in the national game in Las Vegas.

But this time he gave up on himself. “I didn’t play as much as I could, but I was a little soft. After the match, Biplav gave a short response and said, “Okay, now I’ll try again next year.” However, Biplav will remain an alternative player of the national team.

“They were soft in the beginning, that spoiled the game, later the game was getting better but it was too late,” said coach Anmol Gorkhali, who was at the competition venue with Biplav.

Born in Bhaktapur Kaushaltar in Nepal, Biplav has been living in Michigan with his family for the last eight years.