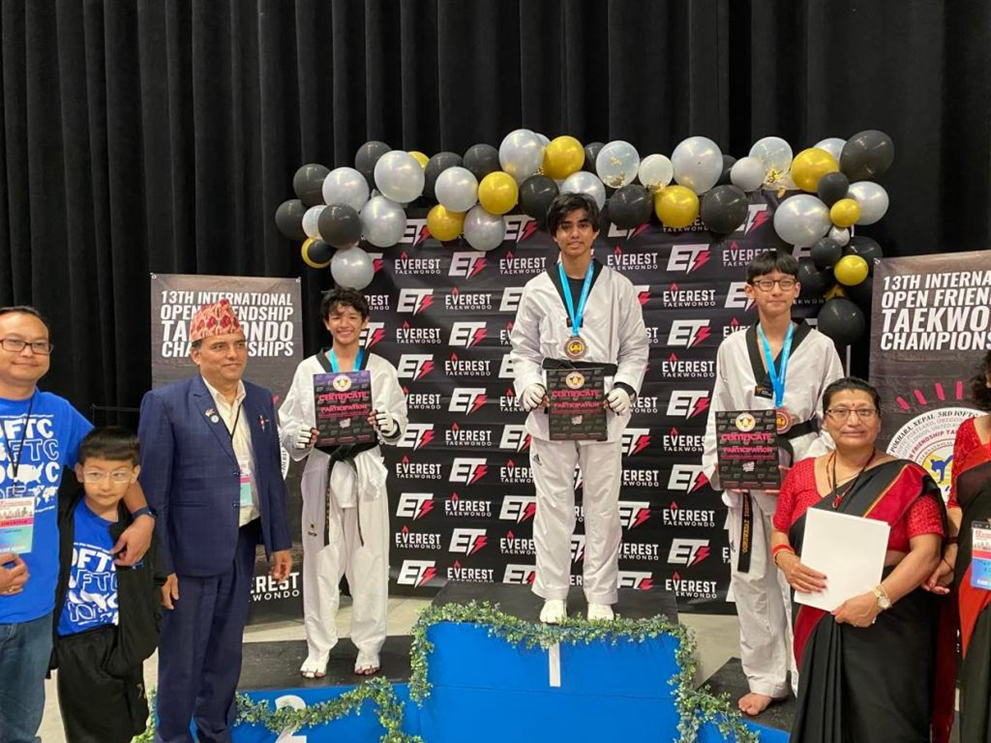 The competition continued for ten consecutive hours on each mat.The five-mat championship looked like a festival.

The championship’s referee director was former US Taekwondo CEO Bruce Harris. The referee cheer was given by Rene Levos of Australia. He’s also a referee for the Olympics. Raymond Sue was another official. He is a member of the Poomse Committee of the World Taekwondo Federation.

Since 2000, Portland, USA has hosted the International Open Friendly Taekwondo Championship (IOFTC). In addition to Nepal, India, Hong Kong, and the United Kingdom hosted the first two editions of the competition.

This is the first time the championship has been hosted in a state other than Oregon, which already serves as the headquarters. The Universal United Naples Taekwondo Federation (UNTF) and the Non-Resident Nepali Association of America supported the event.